Zang was looking for a central marketing website that at its core was built on "ahead of the curve" but not bleeding-edge technology. In coordination with their internal skillset I architected a React, Express, and Node project that could later be hooked into a CMS powered endpoint. The React app generates all content, components, and routes from a JSON response and renders server-side.

Tapping into the power of React props each component was made with a balance of versatility and maintanability. Opening the door for client customization while limiting development cost by increasing re-usability.

Virtually all of the components are able to be nested within any other component. This parent-child agnostic approach meant any state or functions sharing components needed to be built to work independent of DOM location. 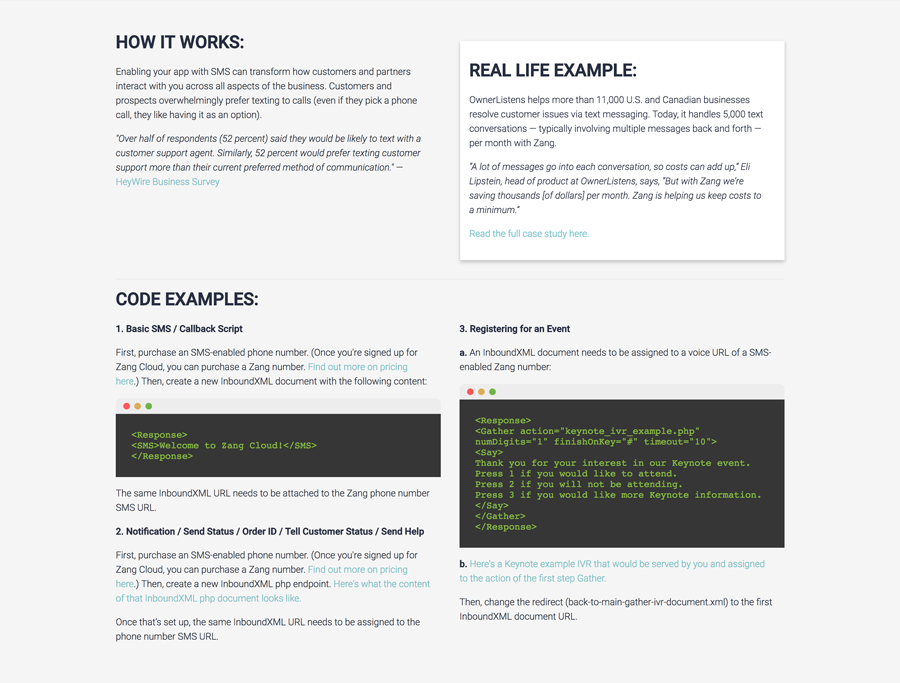 The design is heavily focused on type and its spacing. So rather than overly relying on the restacking of content in mobile; a concentration was put on responsive type over restacking components.

The React framework/library can seem like a heavy handed approach for the brochureware site, but the end results speak for themselves in their speed, maintainability, and re-usability.